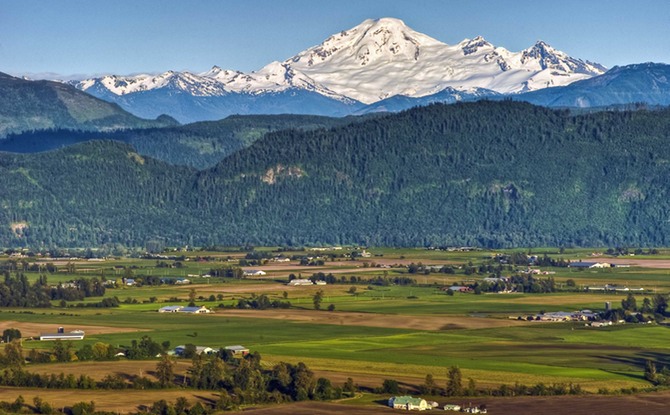 Abbotsford is the true 'City in the Country' with it being the 5th largest municipality and the largest city by area in British Columbia. Estimated population is 141,397 people and is located 60 minutes east of Vancouver, situated between the Fraser River and the US border. Nestled in the Fraser Valley with the Cascade Mountains as its backyard, Abbotsford is in a perfect position. Close enough to a major urban centre, yet far enough away to enjoy BC's natural beauty, and a natural lower cost of doing business. Given this, Abbotsford provides more value to the event planners, allowing dollars to go further.
Abbotsford has become quite the hot spot with 5 local craft breweries with restaurants and 6 local wineries that all have tasting rooms to enjoy! Abbotsford has many local and casual dining restaurants and the Abbotsford Entertainment Center that host many fun events including concerts and sporting events like concerts, motocross, monster trucks and more! There is no shortage of things to do in Abbotsford.
People from all over the lower mainland come to Abbotsford for many reasons, the most popular spring event is 'Bloom' ? a stunning tulip festival that is a great family event! An event that will give you some lifetime memories with beautiful pictures. Tradex is another highly visited place as it hosts large tradeshow events almost weekly! Tradex is connected to the Abbotsford International Airport, which connects to every major city in Canada and 31 US destinations.
Abbotsford is the largest municipality in BC with a total area of 389 km2. Approximately 70% of the land is located within the Agricultural Land Reserve, making agriculture a significant part of the community. Abbotsford is one of the most intensively and diversely farmed areas in Canada, supporting a wide range of crop and livestock productions. Agriculture is one of the economic pillars of the city and in many ways defines Abbotsford.
Abbotsford has so many things to offer, and is the home of BC Farm and Ranch Realty Corp. We have been specializing in buying and selling acreages in Abbotsford for 20 years and have an extensive client base. We know it like the back of our hand!
Share

Real Estate During a Pandemic

Looking to buy a farm in Briti

Get to Know PENTICTON - A Plac